Sets are made up of 12 Clear Quartz skulls, that are hand carved and a bespoke laminated grid.

including Max, Synergy, The Paris Skull, The British Museum Skull, Sha Na Ra, and ET. With the centre being The Mitchell Hedges Skull.

This is laid on Metatrons Cube Sacred Geometry as this symbol is believed to hold all of creation within it.

The Grid is designed to be used with your own Skull, which would sit in the centre and then the 12 Rose Quartz Skulls will circle your skull

creating a sacred 13 skull layout. This will not only connect your skull to the Ancient Skull collective but also charge and bring Oneness and Love

to your own skull.

This is a very powerful grid, it can be used in a number of ways to send distant healing by the skulls facing out not in. 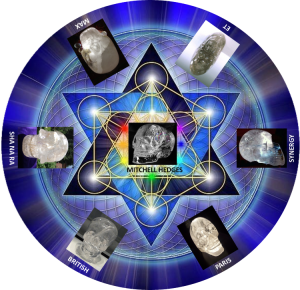 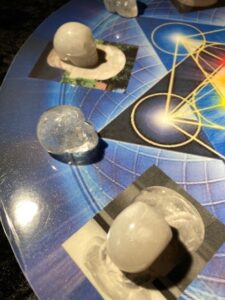 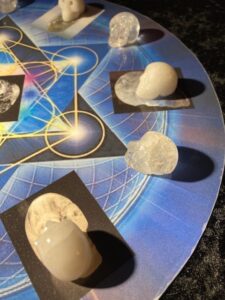