Jessie meets and connects to the Mitchell Hedges Skull 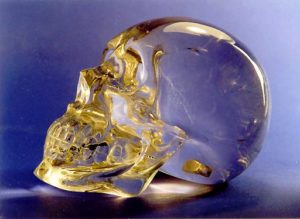 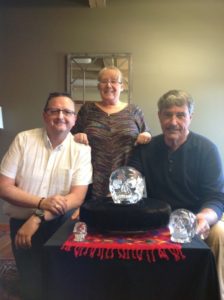 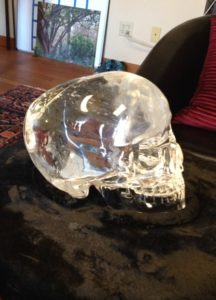 Many of you may already know that Zena and I have a magical clear Quartz skull called Jessie that came into our lives in 2005 and that she changed our lives from that moment on.

Following a number of channelling in 2017 with the collective and Jessie, we were guided to organise a Crystal Skull retreat in the (Isle of Avalon) Glastonbury, to further the opening of these portals of light. This was to happen by bringing together individuals in the UK and abroad that would then take further knowledge and spread the word to all that would listen.

We also received a clear message that the purpose of the collective was to raise the vibration of Earth and humanity, back to the oneness of love and light. We were given much information on how this would be achieved and how we were to move forward personally. 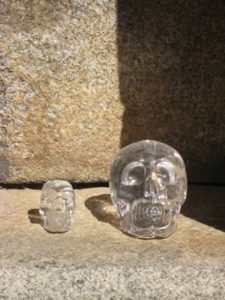 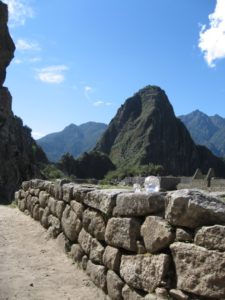 Following our visit to Mount Shasta in September 2017 and Jessies time on the mountain things shifted to an even higher level. 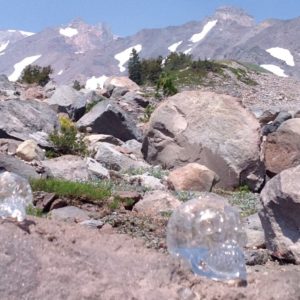 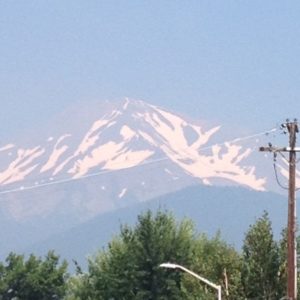 Following our trip Jessie told us that she wanted to meet the  Mitchell Hedges Skull and that this would happen in 2018.

Well, let us tell you that we believe in manifesting what you want but were not prepared for what happened on our trip to the US in May 2018

Whilst in Houston, Texas we had a break of 3 days, Saturday 26th through to Monday May- 28th which in the US is Memorial day and a public holiday. Well we thought we were going to have 3 days off!

We received a call from Bill Homann the Guardian of the Mitchell Hedges skull and he asked if we would like to bring Jessie to spend some time with the Mitchell Hedges Skull in private. Well you can imagine our reaction, we were on a plane on the Saturday and flew 4.5 hours from Houston to Seattle, where we got a hire car and drove another 2 hours to our hotel. On the Sunday we made another journey and met with Bill. We had no idea what was about to happen and we talked about many topics including how Jessie had come into our lives, the Retreat and our work with Skulls. We then went to a centre and met the Mitchell Hedges skull. Bill told us that it was important that the skulls connected face to face and they remained like this for a further 3 hours. We also connected with the skull and we spent the remainder of the day with the Skull and Bill. We received great knowledge from Bill and the Skull and we witnessed change within Jessie also.

There is a lot more to this story and this was just the first of our meetings as we will be spending more time with them both. The aim of this will be to continue to share the knowledge of the Crystal Skulls, our thanks goes out to Bill and the Skull for allowing us to spend a magical day with them.

(The other  Skull in the pictures is Jessies partner Jinx, they do not like to be parted.) 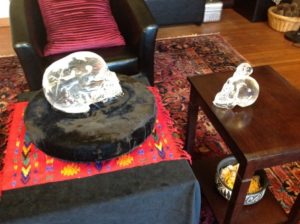 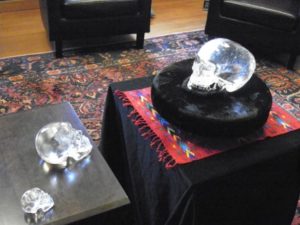 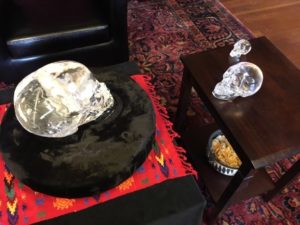 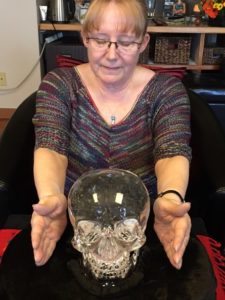 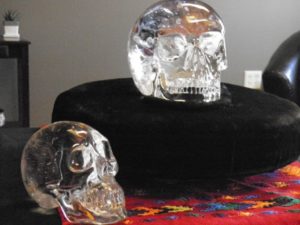 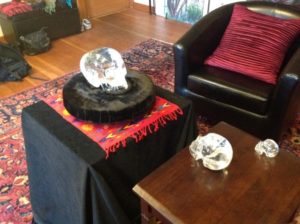 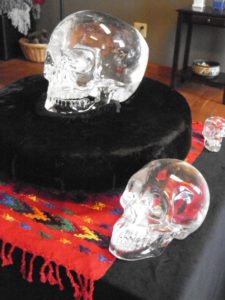 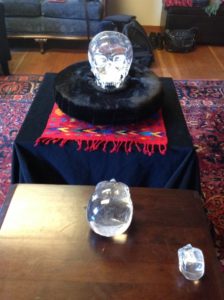 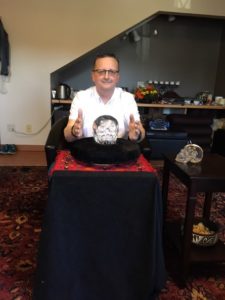