Earth was always a special place for it was pivotal in balancing the energy of our universe, because of its connection to the great sun. The first civilisation was called Mu a continent in the south Pacific inhabited by spirit / light beings, it is believed that at this time Galactic beings of light also lived amongst these light beings. 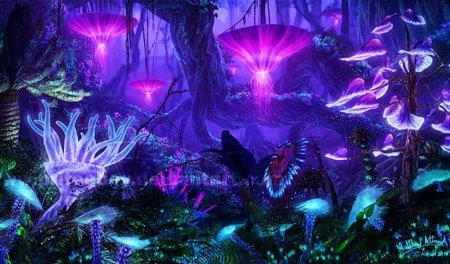 Then there was Lemuria, this civilisation were without physical form and were androgynous therefore complete in themselves, reproducing by conscious will and energy transference. They struggled because of their self-containment which meant they had few challenges through which to grow. 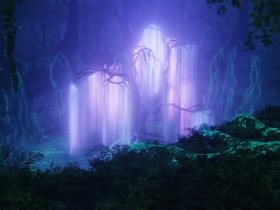 At first they remained totally psychic and telepathic maintaining their pure energy and oneness to source, but as time passed their essence became discontented, they could perceive, as all spirits can but they wanted to experience senses. They wanted to take a physical form so that they may touch and feel emotions of pleasure, joy etc.

They petitioned source for this and the source granted this request even though there was a chance that this may tempt them away from their spiritual connection. It was agreed that this experiment would be allowed. Up to this period the Earth was very similar to what we see in the film Avatar (ie) the plants were very much connected to life force. The date of this could be some 3 millions years ago. 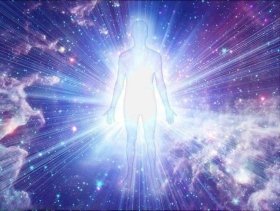 With the granting of their request the Galactic light beings left Earth and each soul divided in to two, one masculine and one feminine. The bodies at first had no bones and were developed out of soft cartilaginous structures which ran through the body. These in turn originated from soft substances and these soft substances from fluid ones, the fluid from air and the air from etheric, which came from astral which originated from spirit. The transition took many years to reach that of flesh and it is believed that through these changes the size of the body reduced to what we see today, it was during this transition Atlantis was prepared for human form.

Atlantis was a landmass between Europe and America which is now submerged beneath the Atlantic ocean.

For 1 million years this continent was the subject of a divine experiment to see if people could live in a physical body and still keep their connection with all that is (known as the creator, God or source).

Throughout this long period, humans struggled to get back to the spiritual purity that existed without body form. It became clear the humans with free will moved deeper in to matter and self- destruction and further from their source.

The intergalactic council were the architects of Atlantis, they were 20 highly evolved celestial light beings and they controlled the High Priests and Priestesses (Who were seen by the people as the leaders).

Throughout this time 3 main groups of individuals emerged:

The Priests and Priestesses of Atlantis

There were many Priests and Priestesses who took physical bodies they were known as the Alta.

Some of these Priests and Priestesses names will be familiar to you, Hermes, Thoth, Horus, Isis, Zeus, Poseidon, Appollo, Osirus Helios, Quan Yin, Atlas to name a few. 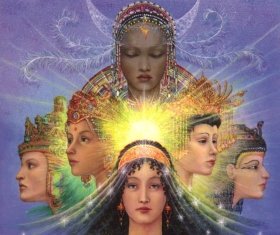 As you may be aware these later became mythical gods in the cultures of Egypt, Far East and Greece. They then also became Ascended Masters in more modern times.

The Sons of One and Sons of Belial

Throughout most of its long life, the majority of the inhabitants of Atlantis were spiritual individuals who loved and respected each other. Gradually, with the passage of time, the people divided into two groups, the  Sons of the Law of One are also referred to as the “Sons of Light”, and the Sons of Belial are called the “Sons of Darkness”. Similar terms are found in the Dead Sea Scrolls.

The Sons of Belial were selfish, materially oriented individuals who focused on the pleasures of satisfying their own physical appetites and desires, with no respect for others. As their lives filled with thoughts of material objects, they came to believe, like many of us today, that the acquisition of more and more would bring them happiness.

The main principle of the Law of One is that, not only are we all related; we all are one. The Sons of the Law of One focused on love and practiced prayer and meditation, hoping to promote everyone’s spiritual knowledge. They followed the Golden Rule, and also believed that whatever they did to others would happen to them. They honoured the Creator from whence they came, who gave them their life in the physical. Many individuals on the Earth today are Atlanteans who have returned to participate in another struggle between the forces of good and evil for control of this planet.

What is significant is that today we are here to help make our world a better place. The Sons of the Law of One will continue their good work, and the Sons of Darkness will have an opportunity to redeem themselves.

Through the spirituality of the Priests and Priestesses and the Sons of light a period known as the Golden age occurred.

This was a period of some 100,000 years, the people maintained their purity and oneness and they enjoyed awesome spiritual, psychic and technological powers. This period of Golden Atlantis was successful due to the seven spiritual laws that governed humanity at that time.

The Law of One – This is represented by the great temple itself in the centre of Atlantis and affirms that there is no separation from the Divine. It proclaims we are all part of the whole and our actions affect every single creature throughout the universe.

The Law of Karma – There is a spiritual working out for all things, though it may take lifetimes. Thoughts, words and actions are all energies that come back to you in exact measure at which you gave them out. Ultimately: as you give, so you receive.

The Law of Manifestation – Like attracts like. Your thoughts, words and deeds attract like to them and can draw material things, people and experiences in to your physical life. You are the power that creates everything in your life.

The Law of Responsibility – When you take responsibility for your thoughts, words and actions, you take mastery of your life. You are able to respond appropriately to all that you experience.

The Law of Unconditional Love – Unconditional love is a state of acceptance and non-attachment, which forms no emotional strings. When you love in this way you set yourself and others free.

The Law of Intention – The moment you gain clarity you can take decisions. This moves the universal energy to assist you and you can progress with strength. If intention is pure, you earn no Karma whatever the outcome. 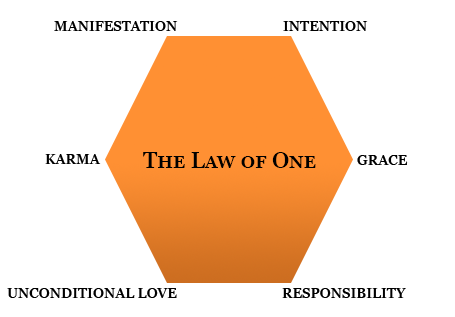 The Destruction of Atlantis

However eventually history repeated itself, control, lust, cruelty and greed took over. The Sons of One could not prevent the Sons of Belial from using materialistic powers and power over the elements and forces of earth. Despite many attempts on the part of the council to help the planet and the Priests and Priestesses, The Golden age came to an end and with continued destruction Atlantis finally disappeared in approx 9564 BC. When disaster threatened Atlantis, the Sons of Beliel were so involved in the material world they did not heed the advice of Priests and Priestesses, who urged everyone to leave if they wished to continue their lifetime on this planet.

Many spirits returned to their homes but those who caused the destruction were inevitably tied to earth until they could redeem their Karma.

It was at this time that the Priests and Priestesses led various chosen individuals and took them to various parts of the world that had been prepared for them. 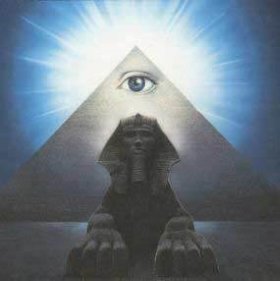 Most Atlanteans were healers and had great knowledge in healing and so when these individuals fled they were given specific items and knowledge to keep safe until the earth was spiritually ready to receive them again.

One of these was the symbols for Reiki which were taken to Tibet, where they continued to be used in secret and only very few were ever attuned with them.

Many more Symbols and spiritual knowledge is returning now in our time of need to once again lift the vibration of all. 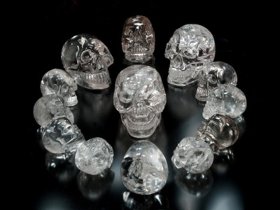 The Crystal Skulls have always fascinated people for Centuries, it has always been understood that they were fashioned in Atlantis and that they hold great secrets which will only be returned to humanity when we are ready.

The shape was chosen due to the human skull being the container of the most sacred part of man (ie) the brain. 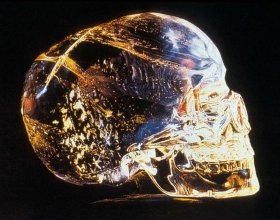 Each of the skulls was the size of our human skulls and had a jaw that moved, so that they could speak and sing. The skulls were like advanced computers and were programmed with the secret knowledge of mankind and the origins and mysteries of life, as well as the qualities of the Golden Age.

These 12 skulls were distributed around the planet with the Priests and Priestesses before the destruction of Atlantis. There was also a 13th skull that was made from Amethyst this skull contained all the knowledge of the other 12. This skull is of such high frequency that it dematerialised and is invisible to humans currently, it is believed that this skull is in the charge of the Sphinx in Egypt, which is its keeper on earth. When all 12 skulls are brought together it is believed that the Amethyst master skull will be released by the Sphinx. It is also believed that when this happens the pure energy of Golden Atlantis will return to earth.

Return to ‘All About…’ Section